Should Homeowners be Scared of a Recession? The doomsday pundits have been out in force recently, with prognostications for a impending recession. This has many homeowners concerned, maybe even bordering on panic, because the last recession in 2008 was such a boondoggle for mortgage borrowers.

The reality is that we are due for a recession. This isn’t a political statement or an attempt at finger pointing. It’s just fact. The economy is cyclical, and after every period of expansion, there is always a period of retraction. Most economists define a a recession to be at least two consecutive quarters of negative GDP growth.

The economy has been firing on all cylinders for an uprecedented decade. That’s a long time, and no one should have expected it to go on forever. So if a recession is looming, and may economists agree that is but disagree on timing, what does it mean for homeowners?

After what homeowners went through a decade ago, it’s no wonder there is some fear entering the marketplace. But in order to allay those fears, let’s first look at what’s DIFFERENT about this impending recession:

Mortgage lending as been more conservative

Banks were extremely hard hit by the foreclosure crises that coincided with the last recession. Most of the problems were of their own making, by making bad loans. Sub-prime lending was rampant, with risky loan types (such as high loan-to-value lending, ARMs, interest-only loans, and zero-down loans), that were targeted to people with less than stellar credit and insufficient resources draw on.

Mortgage lenders today are pretty conservative in who they lend to, and we have not seen the return of a lot of sub-prime and risky lending habits.

Home equity is at an all-time high

What drove the the foreclosure crisis of a decade ago was a convergence of issues. One was the sub-prime lending summarized above, but what that led to was a lot of homeowners who had little equity in their homes. Many people were inadvisably buying bigger homes than they could afford, and financing 97% (or more) of the purchase. So, when a job loss happened in the recession, they had little equity. Instead of selling their homes, it was more expedient to just walk away. This left banks with huge foreclosure losses, and with the number of foreclosures in the market, it drove down home values for everyone. The increase in home values was built on shifting sand, fueled by demand for homes by a glut of less-qualified buyers.

Today, the sustained growth in home values is not fueled by sub-prime lending and exuberant home-buying. Home values have grown more organically and sustainably. Homeowners in the US are currently enjoying a record-breaking amount of home equity growth. If or when a recession occurs, and subsequent job losses happen, homeowners will have a healthy amount of equity that will incent them to sell before foreclosure, should the need arise. There should not be a glut of foreclosures that will put the rest of the neighborhood underwater, too.

This recession should be short

The consensus among economists is that any looming recession should be relatively short. The sustained recession in 2008 made it difficult for people who faced layoffs to find new jobs, which put further pressure on the housing markets. In a short recession, let’s say for a couple of quarters, many homeowners may have the financial resources to prevent the need to sell their homes. For those that don’t, there are plenty of buyers in the market, especially in Northern Virginia, waiting to purchase their homes.

Anytime there is a downturn in the economy, it is cause for concern. And it may be painful for those who are impacted by job losses or constricted earnings. But for homeowners, the news is considerably better than it was the last time the US experienced a recession. Of course, there are no crystal balls, and we can’t see the future. But from the indicators that we have at our disposal right now, hitting the panic button is premature.

If you are thinking about buying a home, interest rates are still pretty low. We have no idea how long they will stay low. Waiting could cost you, both in higher prices for homes and higher interest rates. So if you are qualified and have the required resources to purchase a home, don’t let a looming recession scare you away.

If you are shopping for a new home, give us call! Whether you are looking to buy or sell a home in Northern Virginia, we are always here to help with all your real estate needs! If you are unsure of your home’s value or if you are thinking about buying or selling, contact Jason at 703-298-7037 or Jason@JasonAndBonnie.com. 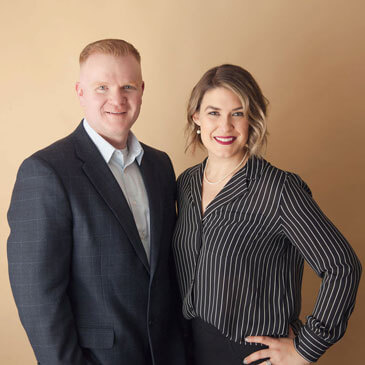